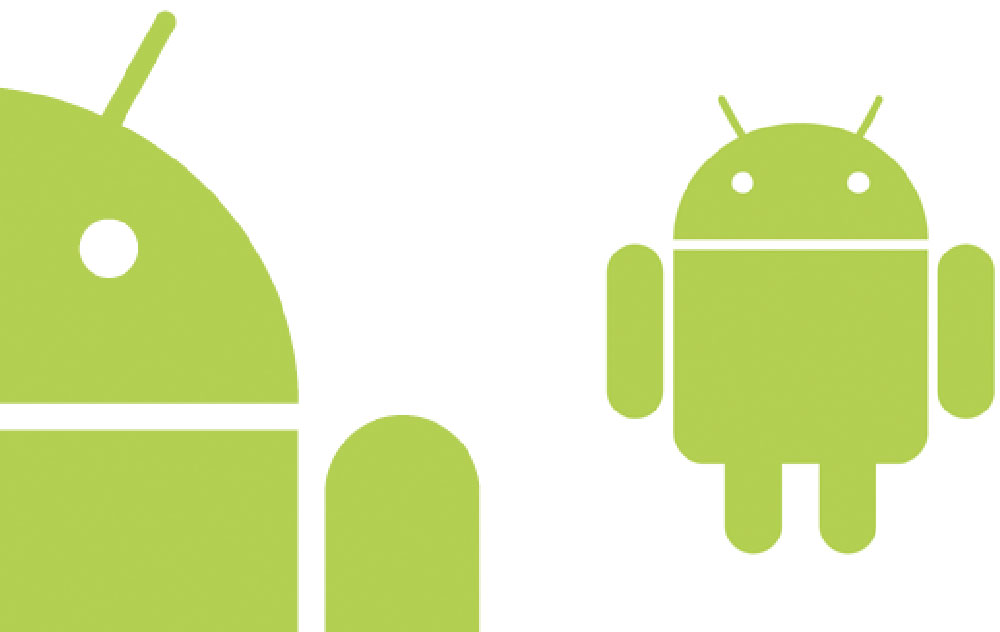 After creating an android project, the first thing you will notice is the activity class. An activity is the primary class for user interaction, it is a single-focused task that a user can do.

Each activity should be modular and support one-focused thing a user can do in an app. For example, one that handles only the login of your application. It handles and takes care of the UI you will need for that specific window, using setContentView(view)

In simple words, an activity can be divided in three states: 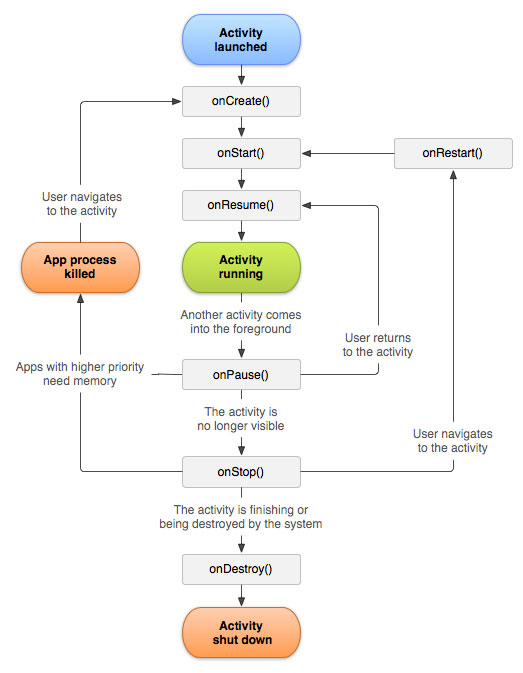 As we can see in the image and code-wise, it contains 7 methods used in the life cycle:

Called when the Activity is created, it set ups the initial state. It does the following 4 functions:
– Call super.onCreate();
– set the activities contentView, which tells android what the activity user interface should be
– retain reference to UI views as necessary
– Configure views as necessary

Called if the activity has been stopped and is about to be started again
Typical Actions:
– Special processing needed only after having been stopped

Called when the activity is about to get visible
Typical Actions:
– Start when visible-only behaviors
– Loading persistent application state

Called when activity is visible and about to start interacting with user
Typical actions:
– Start foreground-only behaviours, like animations or background soundtrack

Called when an activity is about to change to another activity
Typical actions:
– Shutdown foreground-only behaviours, like animations
– Save persistant state

Called when activity no longer visible, may be restarted later
Typical actions:
– Cache state
Note: May not be called if Android kills your application

Called when activity is about to be destroyed
Typical Actions:
– Release activity resources, like private threads
Note: May not be called if Android kills your application

In order to start an activity in a simple way, you either set it as the main activity in the AndroidManifest.xml or in any activity, create an intent object specifying the activity to start, pass newly created intent to methods such as:

If you notice that we flip the phone from portrait to landscape or vice-versa, any data we would have it will be lost. On configuration changes, Android usually kills the current activity and then restarts it, therefore an activity restarting should be fast, if necessary, we can retain an object containing important state information, savedInstanceState, or we could manually handle any configuration change. We could also force the screen orientation to one or another, in order to avoid dealing with this part. This is done in the wanted activity inside AndroidManifest.xml.

Note: these methods have been deprecated in favor of methods in the fragment class.

Concluding this tutorial, learning the activity class life cycle and it’s components and help you understand and solve any problems you might have in the future. If you have any further questions or comments, feel free to write a comment or email me, I will answer as soon as possible.